Only in Hollywood: Dearly departed performers from 'The Show Won’t Go On' take center stage at the iconic Dearly Departed Museum 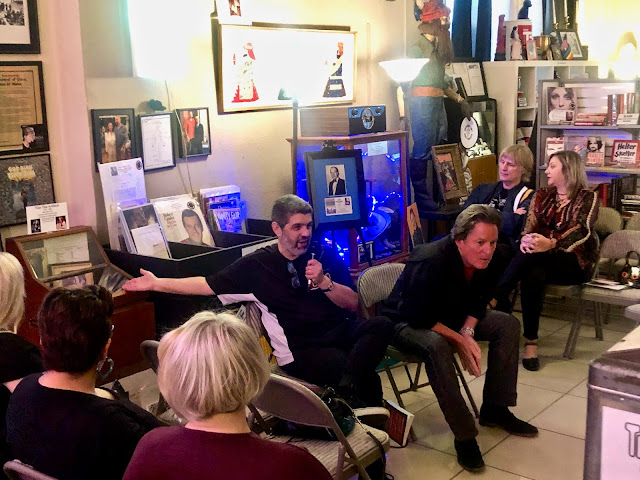 The Dearly Departed Artifact Museum was the liveliest place in Hollywood yesterday afternoon as The Show Won't Go On roadshow made its latest stop on a stage that included remnants of the late Tiny Tim and the cremains of Ken Weatherwax, who portrayed Pugsley on television's The Addams Family.

Yes, it was that kind of afternoon in the coolest, most fascinating and most deeply Hollywood museum in the world, let alone that mythological section of Los Angeles.  While movie fans queued across Santa Monica Boulevard for a screening at the Hollywood Forever cemetery, Dearly Departed founder Scott Michaels, an acclaimed pop culture expert and author in his own right, introduced authors Jeff Abraham and Burt Kearns, kicking off a dramatic yet often hilarious discussion of performers who walked onto a stage... and had to be carried off.

The Show Won't Go On: The Most Shocking, Bizarre and Historic Deaths of Performers Onstage was published in September by Chicago Review Press.  The book has been praised by the publications as diverse as Vanity Fair, the UK Telegraph, the Daily Mail and Vanish magic magazine  (*****), while Abraham and Kearns have lit up many radio shows and podcasts (including one dedicated to their shared obsession with Jerry Lewis -- more on that later). 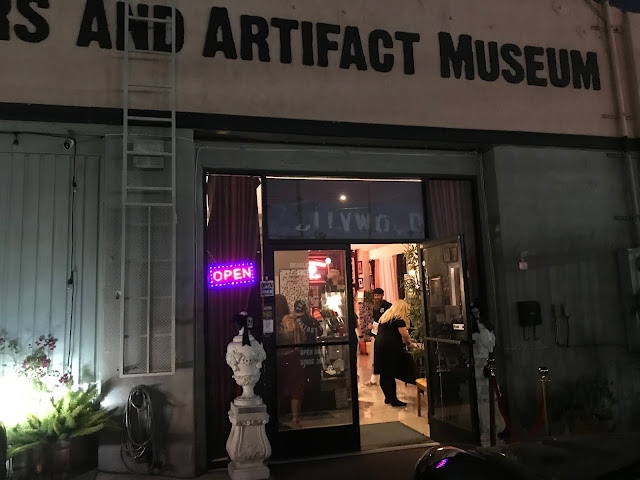 The deadly duo have also led discussions and book signings at various venues in Southern California, including the landmark Book Soup on the Sunset Strip and the horror haven Dark Delicacies in Burbank.

But no site was more fitting than the Artifact Museum, ground zero for the very popular Tragical History Tours of Hollywood and beyond, and the Charles Manson-themed Helter Skelter tour (given a great boost by  the popularity of Quentin Tarantino's Oscar-touted Once Upon A Time in... Hollywood, the film on which Michaels was a consultant). 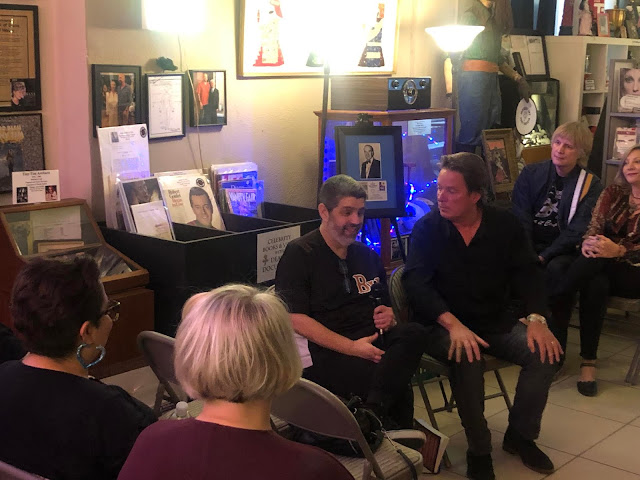 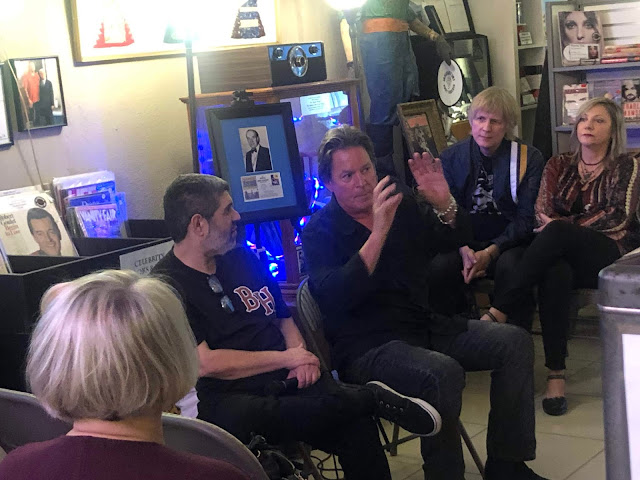 The museum includes displays that include rare, valuable, and significant memorabilia from Manson victim Sharon Tate, the cremains of Michu, the late "world's smallest man" (which is how he fit into the Alf costume on television) and the car in which fifties sex symbol Jayne Mansfield lost her wig (but not, as legend has it, her head) and her life in 1967. 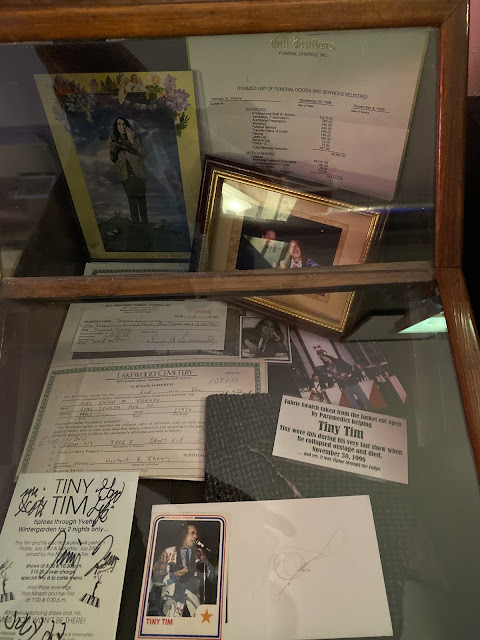 The book event took place in the museum's front room, with a seating arrangement similar to that of wake, with Abraham and Kearns placed in the spot where a casket might be placed, flanked by a display of Tiny Tim (who died after an onstage tumble in 1996) and a framed photo and autograph of circus legend Karl Wallenda  (who famously said "To be on the wire is life," and found that to fall from the wire into a parking lot is death).
Celebrities in the crowd included popular comedian, actor and podcaster Wayne Federman and the entrepreneur, writer and most significantly, bondswoman known and treasured by Hollywood's finest as "Raquel, Queen of Bail.”

The Show Won't  Go On  book tour rolls on this week with a special appearance at the Stories Books and Cafe in Echo Park.  This discussion promises morbid fun, as it will be hosted and moderated by comedy hotshots Sasha Feiler and Steve Cohen, cohosts of the popular Shut Up I Love It podcast (the  one that featured the instantly-historic episode on which Jeff and Burt defended Jerry Lewis and his maligned yet unseen film, The Day The Clown Cried).