What a night! Neil Innes and The Seventh Python make comedy history at the Wilmette Theatre

They laughed. They cheered. They sang along. They got free movie posters! And for four hours last night, the crowd that packed into the historic Wilmette Theatre in suburban Chicago were at the center of the rock, pop, comedy and movie universe as Neil Innes brought his live show to the Wilmette stage, along with a command screening of The Seventh Python, the movie about his life and work. 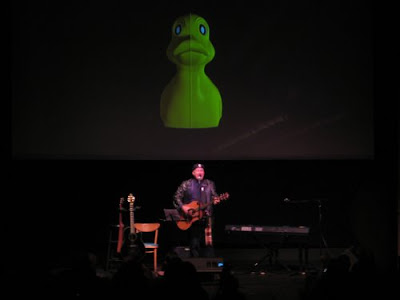 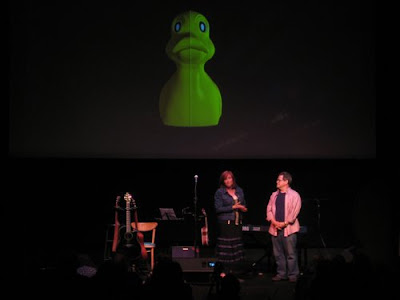 And what a show. A crowd mixed equally with Innes aficionados and curious movie buffs welcomed the Monty Python collaborator and roared with laughter as he recounted stories of his work in the rock music legends, brought his own legend up to date with biting, witty songs that took hits at mass media and corporate culture, and performed treats like "Run Away," a rare call-and-response outtake from Monty Python & The Holy Grail, and his new "Imitation Song," the "final" offering from his Rutles alter ego, Ron Nasty. 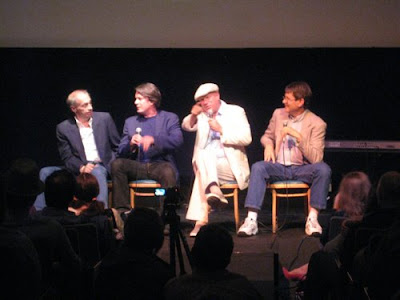 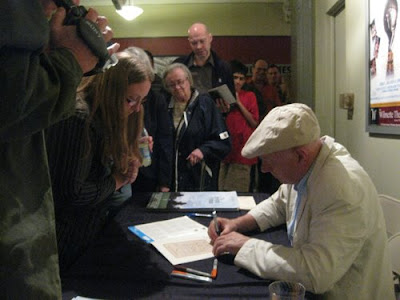 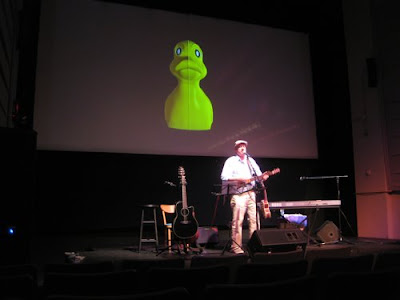 Next stop for Innes is Thursday's launch of the Secret Policeman's Film Festival at the Egyptian Theatre in Hollywood. 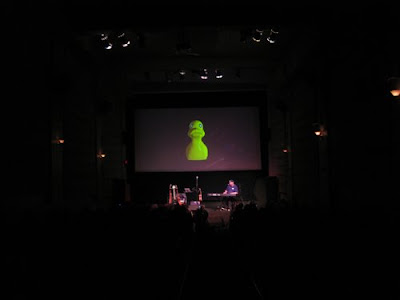 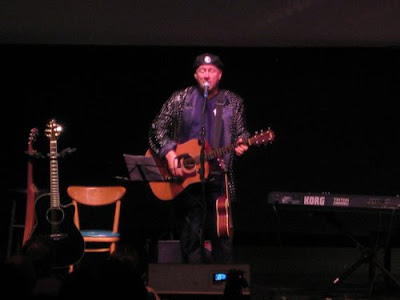 The Seventh Python heads to the Revelation Perth International Film Festival in Perth Australia on July 4th and 10th. 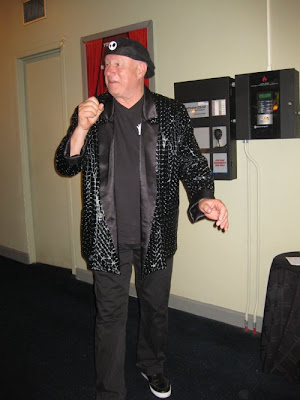 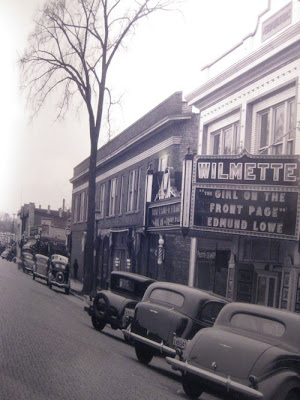 (Tabloid Baby's Sam Peters, who arrived late to the show because of a "bad oyster" (!), adds: "The Wilmette Theatre is a splendid place, full of interesting artistic folks, with a top concession stand and ample parking! A tip of the Tabloid Baby hat to owner and gracious host Sam Samuelson, comedy giant Tim Kazurinsky, projectionist Chad Byers, and ace publicist, organizer and go-to gal, Nili Yelin!")