"Engaging & revealing": Magazine features Neil Innes and The Seventh Python on the road to Tuesday's history-making event at the Wilmette Theatre 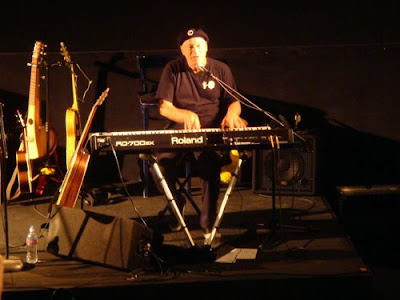 With pop music legend Neil Innes receiving rave reviews on a United States concert tour that culminates in a much-anticipated appearance alongside the acclaimed, award-winning film The Seventh Python, the Bonzo, Rutle, Monty Python cohort, Ego Warrior and heretofore hidden treasure, talks about his reaction to the film and the subsequent showers of appreciation in a magazine interview that's just hit the stands. 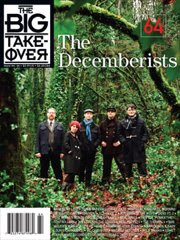 Innes shares the stage with the Frozen Pictures Innes biopic at the historic Wilmette Theatre outside Chicago on Tuesday June 9th. And as he continues his concert tour, fans, and folks who are about to discover him, can read an excellent interview by writer Jack Elbel in the new issue (#64) of The Big Takeover, the very hip and forward-looking Brooklyn-based music magazine.

A brief excerpt from the article in the magazine you must hold in your hands:

JE: The Seventh Python must stoke your ego and provoke your contempt for fame simultaneously. Will you have difficulty maintaining your power of invisibility with a film about yourself in circulation?

NEIL: Well, it’s not really up there with The Dark Knight, is it? [laughs] I quite like that they went around with a photograph of me and nobody recognized me. One woman in Windsor said, “It’s not that Russian that got poisoned, is it?” - clinging to the idea of "it's got to be somebody who's been on the news."

JE: I particularly enjoyed the testimonials in The Seventh Python from your Python mates, during which they celebrated your vices. John Cleese described your deadly cigarettes, which were apparently "so strong, they were like something the police would throw at you during a riot."

NEIL: Cleese would arrive like an ocean-going schooner and demand, "Give me one of your cigarettes." He never really bought any of his own [laughs], but he was rather tempted by my incredibly strong cigarettes - which I only used to smoke half of. It was very wasteful. They were killer cigarettes, but I certainly didn't smoke them all the time, and I never smoked them all the way down. 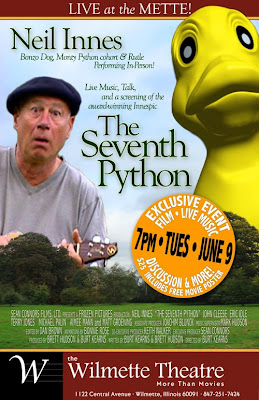 "The Seventh Python is an engaging and revealing look
at the 'accidental career' of beloved musical satirist
and creative powerhouse Neil Innes,
a predominantly unsung figure despite
over four decades in the public eye and ear."
– Jeff Elbel, The Big Takeover
JE: You can see the writer's mind in his anecdotes. John's insistence that you had developed an admirable approximation of a British accent despite the "fact" that you're Belgian was very funny, too.

NEIL: John will take something absolutely incredible, and look it in the camera until it backs off. "He is from Bruges." [laughs]

JE: Michael Palin seemed to relish the story about how you would harangue the night porter for drinks after hours.

NEIL: It's funny to see Michael's interpretation. The way he says it, it makes it sound like I'm a complete alcoholic desperate for a drink!

The thing is, being on the road with a group, you would come back late [after the show]. After you've been on stage, you're pretty up [from adrenalin], and you can use something to quiet yourself down. Most hotels in the UK would be closed up. Usually, there's a night porter who's got a cupboard with a few miniatures in it. You could get a couple of shots of whiskey or something as a nightcap.

I got used to the fact that they would say, "No, it's too late." If I went, "Now look, there's a night porter's cupboard. What have you got in there?" ... if you insisted, politely and nicely as well, they'd normally get it out. That's all it was; I wasn't driving motorbikes around the corridors, demanding booze. 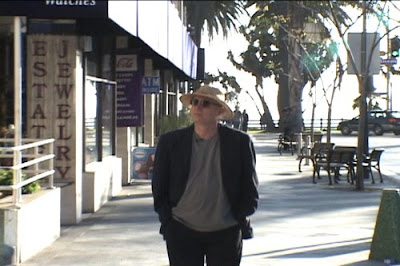 Neil Innes in The Seventh Python

JE: What do you make of a statement like the one Eric Idle made, suggesting that you should have paraded your talent around the states more often, and that you owed it to people?

NEIL: That is a more conventional showbiz approach. I want it all, though. I want all the toys and all the friends, and all the anonymity. I'm a greedy bastard, and I want even more than most people.

JE: Did you learn anything about yourself through the film?

NEIL: I already knew how prickly I can be sometimes. I thought Michael was very good about saying, "Well, he knows what he wants." That was the thing about working with Python; everybody has an opinion, and you don't get anywhere from just nodding and being polite. But eventually the best solution comes forward. It's up to everybody else not to have any grudges and go along with the majority...

JE: The Seventh Python underscores what you’ve always said about degrees of celebrity before - that it's easier being a Rutle than a Beatle.

NEIL: Fame and money have become the twin pillars of modern-day culture. I like to go off into fantasies about it. I love the idea of a D-list celebrity, which is someone who’s been hit on the head by Tiger Woods’ golf ball...

JE: George Harrison had a reputation as an insightful person. With distance from the most extreme years of Beatlemania, did he become more comfortable with his status?

NEIL: No, he was always [wary of fame]. To his credit, he wasn’t fooled by show business. He once said in an interview; “It’s all very well, wanting fame and fortune, and good luck to you if you find it. But you still have to find yourself.” Money can’t buy anyone love, you know.

Great stuff! And this brief selection only hints at the insight on both sides of the conversation.

The Neil Innes interview appears in The Big Takeover's issue #64. If you can't find it, you can order it by clicking here.

Posted by The Good Story Team at 9:03 AM