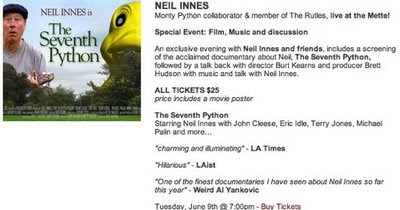 Tickets are now on sale for the special June 9th evening of The Seventh Python at The Wilmette Theatre outside Chicago.
The evening at the historic theatre and performance center just north of Chicago will feature a screening of the acclaimed, award-winning film, a discussion with the director and producer, and a special live performance by the film's subject and star, Neil Innes. It's expected to feature many shining stars of the Second City's comedy elite. 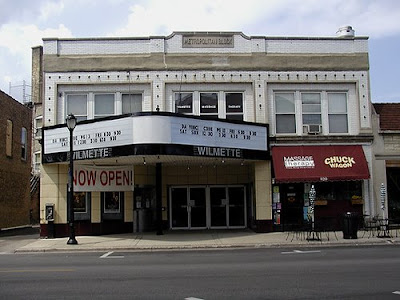 "This just might be the most exciting event on The Seventh Python preview tour," says director Burt Kearns, who along with producer Brett Hudson is heading to the Las Vegas International Film Festival this weekend to pick up The Seventh Python's Golden Ace Award "for superior and standout filmmaking." "Chicago is a hub of great comedy and some of the greatest names in the field will be there."

"This will be our third Chicago screening," Hudson says. "The interest in Neil Innes and all things Monty Python shows this isn't just a film for hipsters on the two coasts. The support for this film is coming straight from the Heartland! Our success in the Midwest, combined with the cheering audiences at all our screenings, prove that The Seventh Python is real crowd-pleasing, mainstream entertainment!" 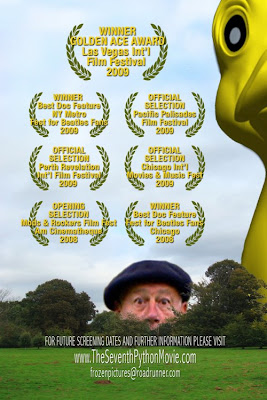 The Seventh Python, a production of Frozen Pictures, is coming off wildly-appreciated showings at the NY Metro Fest for Beatles Fans, also attended by the star. The film will also be screening in May at the Pacific Palisades Film Festival in Los Angeles.

Posted by The Good Story Team at 3:12 PM