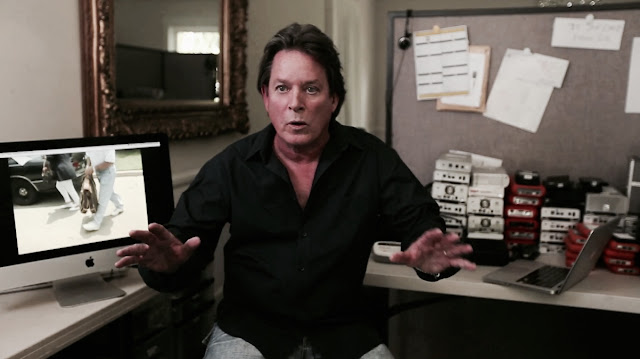 Veteran television and film producer Burt Kearns of Good Story Productions reaches back more than twenty years in his latest television project, showing for the first time how he broke a major story -- and made history --  in the OJ Simpson murder case.

Robert Kardashian: The Man who Saved OJ Simpson premieres tomorrow evening, Monday, on the Reelz network.  Its highlight is Kearns’ frame-by-frame dissection of videotaped evidence,  as he details his discovery that OJ Simpson's pal Robert Kardashian slipped away with Simpson's Louis Vuitton garment bag the morning after the murders of Simpson's ex-wife Nicole and her friend Ron Goldman.

The hourlong special is a production of P&L Media.  Kearns wrote and produced the special along with P&L honchos Peter Brennan and Lisa Lew, and makes a rare on-camera appearance, leading viewers through the incriminating footage, frame by frame.

Under Brennan's leadership, the trio worked together in 1994 on the short-lived but incredibly influential late night news show Premier Story, which was already leading the rest of the news media in coverage of the Simpson case when Kearns made the discovery of the incriminating American Airlines and Hertz Rentacar tags on video four weeks after the murder. 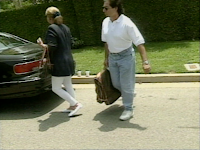 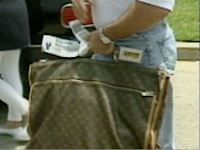 Brennan, Lew and Kearns most recently worked together on P&L's controversial Reelz documentary special, El Chapo & Sean Penn: Bungle In The Jungle, and this latest offering promises to be just as newsmaking. 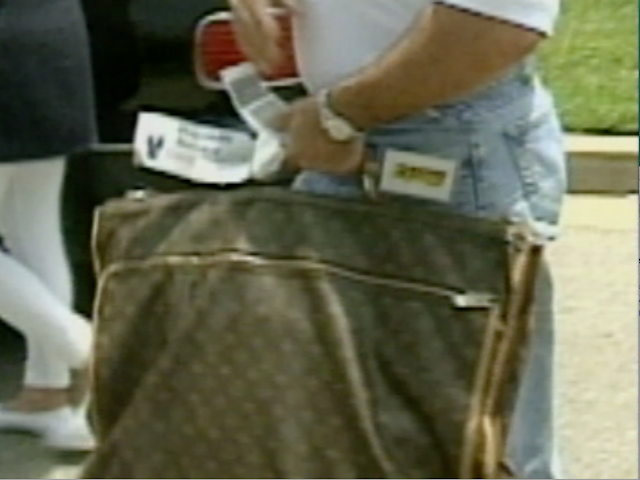 Kearns wrote about "The Bag" in his memoir/tabloid television history book, Tabloid Baby.

Here's an excerpt from Chapter 28 of Tabloid Baby, "Where's The Bag, Mr. Kardashian?":

Premier Story had been on the air five weeks when the Simpson pretrial hearing ended on July eighth.  Along with all the evidence revealed in the televised proceedings, many of the faces we couldn’t put names to in the hours after the murders were identified and developed into important characters.


None was more intriguing than Robert Kardashian, O.J. Simpson’s close friend and business partner.  Kardashian read Simpson’s supposed suicide note the day of the Bronco chase and later reactivated his law license to help in his friend’s defense.
We had video from the morning after the murders showing Kardashian waiting at the mansion gate for Simpson to arrive home from Chicago.  When Simpson was led in by police, Kardashian remained planted inside.  A woman who’d accompanied Simpson from the airport walked over to Kardashian with a stuffed garment bag.  She and Kardashian embraced. She put her head on his shoulder.  It looked as if they were crying, but when I blew up the tape, it was obvious he was whispering something., His eyes scanned the scene.
When Simpson was led put to be driven to police headquarters for questioning, Kardashian took the garment bag and scooted away, unnoticed by anyone but another observant KCOP cameraman.
We noticed the man.  We just didn't know who he was at the time.

We promoted the story on the Kardashian tape to run the following Monday, four weeks after the murders.  It would be a look back at the mysterious doings outside the mansion and the people we didn't know then, but knew all too well now.  It made for a good promo.
On Monday, July eleventh, editor Jack Foster and I squeezed into the tiny airless editing closet and began work on the piece.  I had him slow the tape, stop and start it, even zoom in on faces n the crowd as I tried to find a story angle to fit the promo.
"Let it run in slow motion," I instructed him, sipping coffee as I watched little Kardashian, in his jeans and polo short, walk away with the suitcase.
"Can you make it slower?"
"Sure."
Slower.  The police officers were concerned with keeping the cameras away from the car holding Simpson. Attorney Howard Weitzman seemed to make eye contact with Kardashian before calling over to the lead detective and placing an arm over his shoulder. Kardashian and the woman were on the move, walking past cops and detectives. Detective Bert Luper almost bumped into him walking out of the driveway.
The big Louis Vuitton garment bag-- we could tell by the markings-- was too heavy for the little man.  He switched hands, and as he did, I noticed something.  "Roll that back."
"You got it."
"Real slow."  I leaned toward the screen.  My eyes had to be fooling me.
Kardashian moved slowly in reverse. The bag changed hands. Three tags flew up from the handle.
"Freeze it!"
Jack did. "Back a little. Thanks."
Three tags: one said Hertz; the others were for American Airlines.
"Fuck me."
"What is it?"
"Fuck me."
Simpson, the Hertz spokesman, flew American Airlines to and from Chicago. It was O.J. Simpson's bag; the one he brought back from Chicago; the one police were searching for. They’d never found a murder weapon or bloody clothes --  or the Louis Vuitton garment bag.
Robert Kardashian was getting away with O.J. Simpson’s garment bag --and who knows what else.
Holy shit.